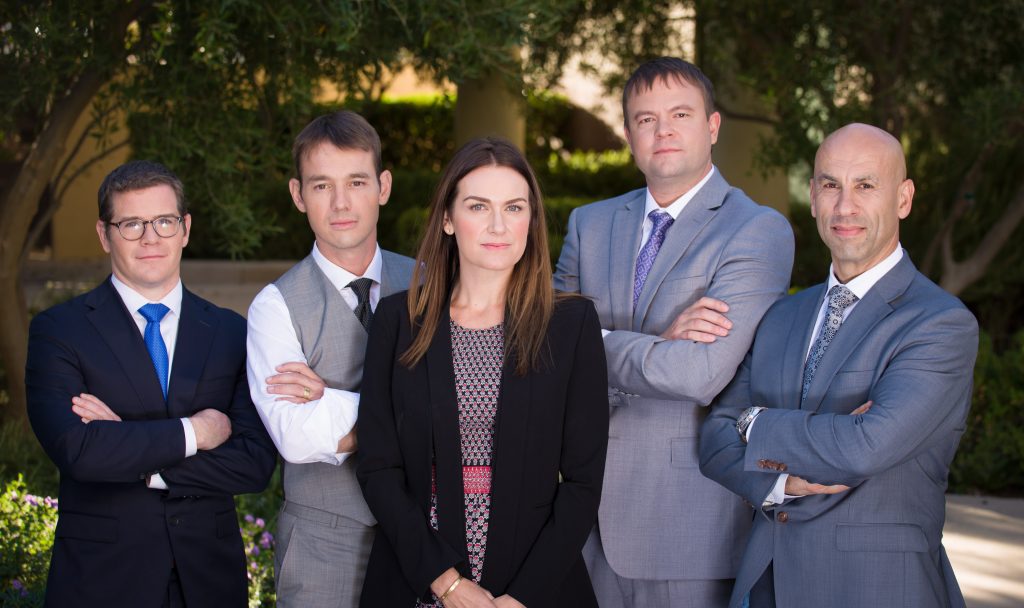 Carrie DeJongh , a 40 year old wife and mother from Sioux County Iowa, had four beautiful children (ages 4, 9, 14, and 17) and a loving husband who she didn’t come home to for supper on June 9, 2015, because she was negligently killed in a hospital as a result of clear cut malpractice.  She had gone to Sioux Center Community Health for a routine CT scan, which showed she had mild constipation.

On June 13, 2018, just over three years after her wrongful death, a jury issued a unanimous record setting verdict of $29,500,000.00 against both Sioux Center Community Health Center and Dr. Roy T. Slice.  It is believed to be the first medical malpractice verdict awarded in Sioux County history.  The Defendants and the insurance company, MMIC Insurance, were confident that a conservative Orange City jury would not award any real compensation to the family, and following multiple opportunities to settle the case, the case went to trial. The verdict was in favor of the surviving spouse and four children who brought the case to uncover the truth behind Carrie’s death and to improve the quality of care for all Iowans.

Dr. Slice, an emergency room physician employed by Sioux Center Community Health Center at the time, negligently failed to give Carrie Epinephrine (which is the same medicine children carry in their back packs for allergic reactions or bee stings).  Carrie had an anaphylactic reaction to the contrast dye administered for her CT scan, lost consciousness, and went into shock minutes after the contrast was put into her body.  The only immediate treatment given to her by Dr. Slice and the hospital was Benadryl which is a treatment for itchiness and hives.

Dr. Slice and the hospital failed to administer Epinephrine to Carrie until forty-five minutes after her adverse reaction and not until after Carrie’s heart stopped beating.

Carrie suffered severe brain damage due to the delay of giving her a simple life saving treatment and because of the brain damage, she passed away later that evening.

The DeJongh family’s lead trial lawyers, Nicholas and Courtney Rowley from Decorah, Iowa, argued that the standard of care under the circumstances required Dr. Slice to administer Epinephrine to Carrie and that if Dr. Slice had given the Epinephrine when he gave her the Benadryl, she would have survived.

“We are proud to be the trial lawyers for the DeJongh family and proud that justice was served for her husband and children,” added Rowley.  “The defense lawyers argued in closing arguments that if the jury were to determine Dr. Slice was negligent, they should only award between $50,000.00 and $100,000 for past and future loss of consortium (the love, comfort, support and companionship of their mother).  A fair-minded, loving, conscientious Sioux County jury made it clear that the value of a wife and mother to her family should not be treated cheaply in Iowa.  The Judge gave both sides a fair trial, but nonetheless, the Defendants and their insurance company that carries over $30,000,000 in insurance are going to fight this verdict tooth and nail and file appeals if they don’t get a new trial.”

In November, 2017, TL4J obtained a $10,000,000.00 verdict in another medical malpractice wrongful death case for their clients in Pellock v. Mississippi Valley Anesthesiology, P.C.  The Pellock case was tried in Dubuque, Iowa and was another wrongful death medical malpractice against an MMIC insured policyholder.  In that case, both pretrial and during trial, MMIC refused to offer a single dollar to settle the claim by the Pellock family.  In November 2017, TL4J won a record $131,000,000 jury verdict in the State of Washington on a case where another insurance company would not fairly compensate a nurse who was rendered a quadrapalegic.